Ticket Quotas are used in Florida.

The short answer is “No.” Traffic Ticket Quotas are illegal. The Florida Statute specifically forbids these contests. Florida Statute 316.640(8)(b) (2017) states: “A traffic enforcement agency may not establish a traffic citation quota.” The issue turns on the question: “What is a quota?” A quota is a quantity, in this case the number of citations issued. There are several agencies that are competing for prizes in Driving Under the Influence contests where vehicles, body-cameras, and other law enforcement tools can be won, if certain goals are met. This may be a contest, but law enforcement consistently takes the position that these do not violate the law.

The Florida traffic law was passed in 2015. the law is called the “Waldo Bill.” The new provision is named after Waldo, Florida, a notorious speed trap between Gainesville and Jacksonville. “As of October 1, 2014 the town’s police force has been disbanded.” says the Wikimachine. When caught, here is what the Florida cops had to say about the latest  traffic ticket shenanigans:

“We will immediately designate that quotas are prohibited by Florida law . . . .”

More ticket quota evidence includes offering days off  to law enforcement officers that met  their goals. Apparently, a supervisor wanted 2 tickets per hour and “1.3 tickets per hour was not good enough.” We have been covering arrest quotas and contests by cops in Florida for years. We have uncovered the rules of the contest and posted them here. Up until this week’s breaking news from the Saint Petersburg Times, we thought the gamifying of law enforcement was limited to DUI arrests. Now we know that is not so. Police have targets that one, soon-to-be former, Florida Highway Patrol Trooper was encouraging- –  hourly targets and giving prime weekend time off to those who met the illegal goals of the department. So, unless you have a Stay Out of Jail Card, watch out for gamesmanship by law enforcement.

I have spent quite a bit of time in court defending people charged with a variety of traffic offenses. One of the most offensive things I have seen was this luxury SUV that was a trophy in a contest to see how many people could be arrested for driving while impaired, among other things.

This vehicle was parked right outside of the Hillsborough County Courthouse in Tampa Florida. Apparently, the vehicle is equipped with a sophisticated video system and a mobile breath testing machine. Florida law prohibits quotas for issuing traffic tickets. The cops were just caught.

These kinds of incentives given to law enforcement can encourage otherwise decent and law-abiding police officers to violate the law. Maybe they need a weekend off. Maybe they think winning a car for their agency will look good in their personnel file. Maybe they think the prosecutor will reduce the charge from DUI to some lesser charge. Nevertheless, these awards are given for the issuance of citations or the arrests of citizens. No one seems to care to remove these entries on their permanent records when they are ultimately cleared of the charges or negotiate a plea to a lesser charge. Many first-time DUI offenders are never even convicted of DUI.

Since 2009, I have been following this area closely. The stories that are linked below cover in detail the policies and procedures that have been used by police to take advantage of programs to acquire more assets for law enforcement.

The Hillsborough County Sheriff won an SUV. The vehicle is marked with a championship logo and other markings establishing that the sheriff had won a contest to enforce DUI laws. DUI prosecutions are begun with a traffic ticket and issues about whether or not these are quotas should be asked.  The cop who wrote a memo documenting the quota has resigned. Fox has reported, “A top official with the Florida Highway Patrol who told troopers they aren’t writing enough speeding tickets is resigning from his job.” Here is some video on the illegal  ticket game. 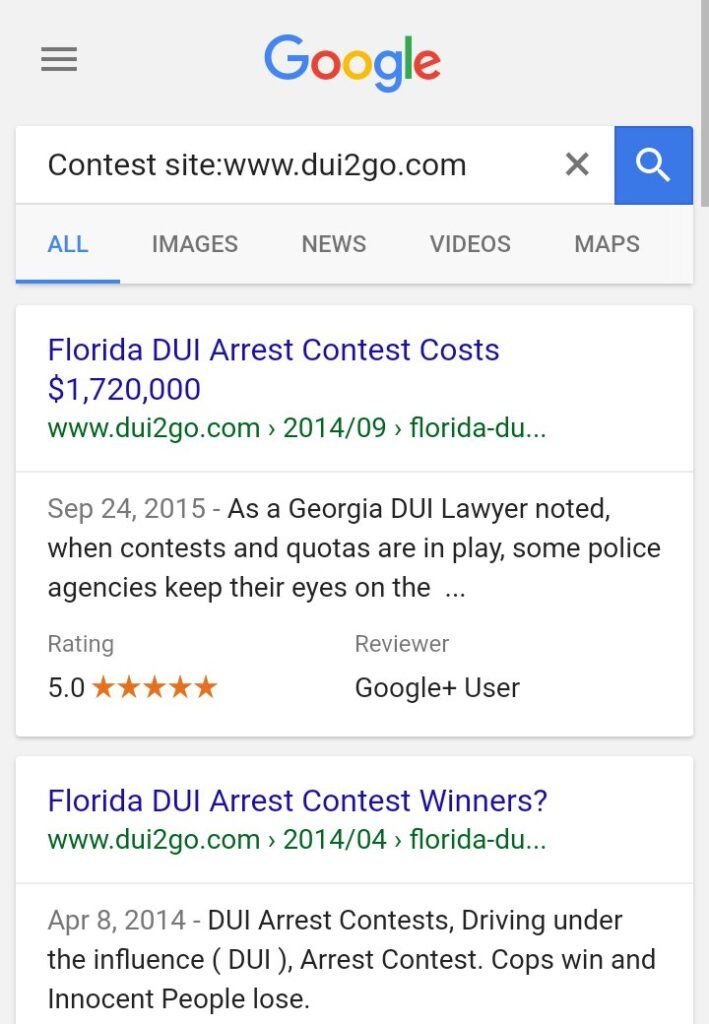 Sep 24, 2015 – As a Georgia Lawyer noted, when contests and quotas are in play, some police agencies keep their eyes on the prize. In that case , there is … 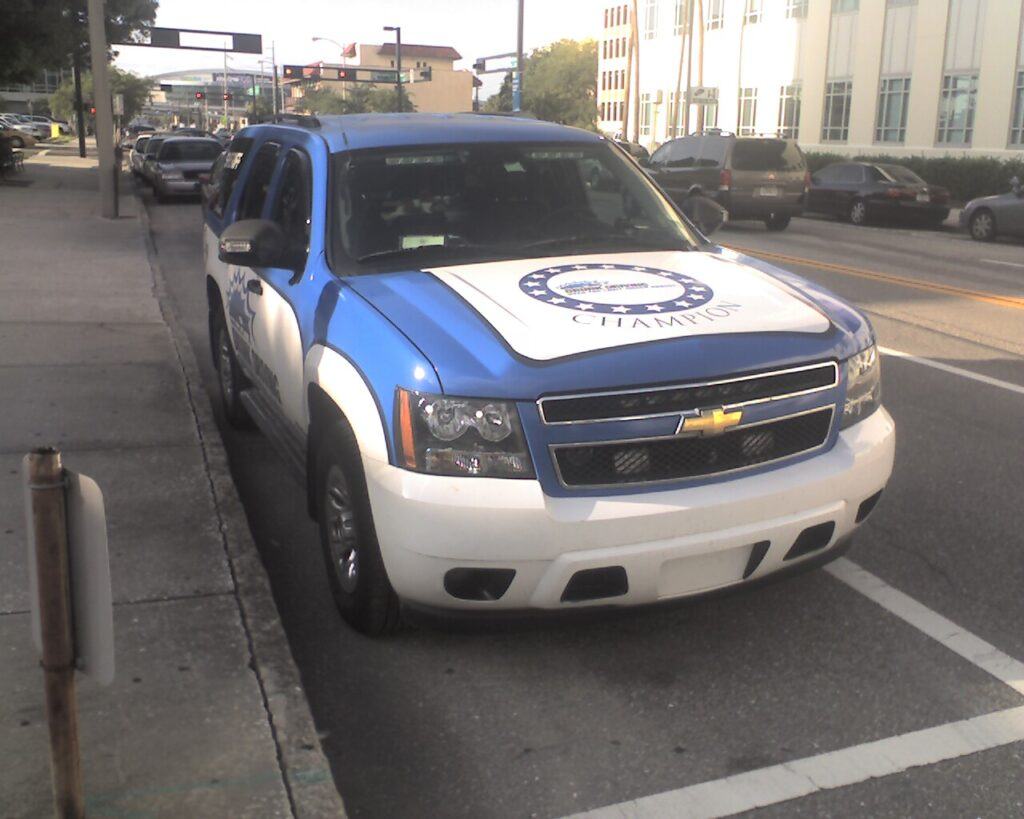 Apr 8, 2014 – Driving under the influence Arrest Contest … it appears that citizens’ arrests are prizes in this despicable contest.

Dec 15, 2011 – Attorney on Florida’s West Coast just uncovered the “rules” for a recent Arrest Contest. The awards are characterized as …

Mar 30, 2012 – Attorney in Tampa has just received a report that a 200 Arrest Award Winner in a DUI Contest has admitted to numerous violations of DUI … 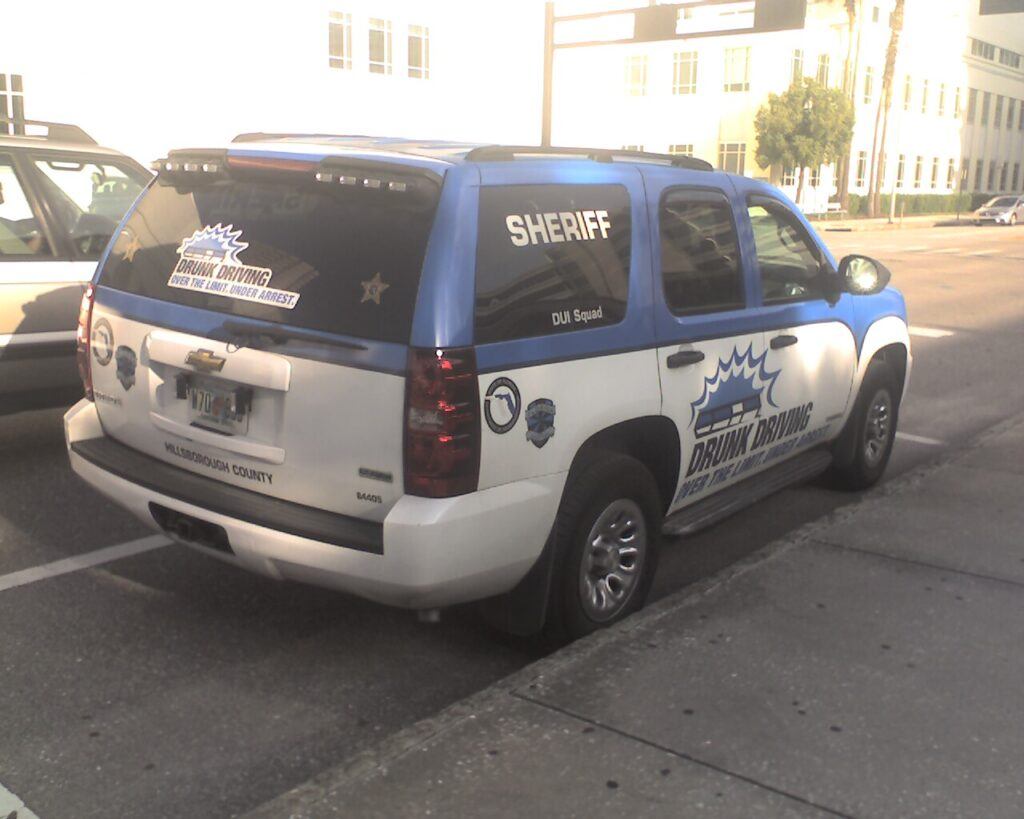 Jan 9, 2016 – Attorney on Florida’s West Coast just uncovered the “rules” for a recent Arrest Contest. The awards are characterized as DUI …

Feb 25, 2011 – More Arrest Contest News. Defense Attorney Observes: As we continue to tally the awards given to police officers who arrest drivers, …

Aug 8, 2011 – Attorney noticed this was parked outside of the Hillsborough County Courthouse in Tampa, Florida this morning. This is an …