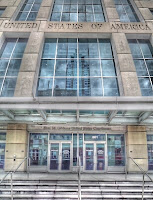 Federal Criminal Prosecutions on the Rise