What Happens When the Boss Hires Your Lawyer?

Sometimes a corporation will hire a lawyer for an employee, officer of the corporation, or a board member. Historically, the corporation or your boss might have been motivated to save the company or himself by disclosing or trying to force disclosure of information that had been shared with corporate attorneys, attorneys representing employees or officers of the corporation that may have been protected by the attorney client privilege. The feds used to have a policy that considered companies as “not cooperating” if they paid attorney fees for employees or failed to share attorney-client work product and confidences with prosecutors. Lack of cooperation can add or subtract from a sentence or penalty in the event of a conviction.
The Department of Justice DOJ has discontinued a policy that may have encouraged the company to sell out its employees. The DOJ guidelines are intended to protect a company’s attorney-client privilege, work product, and employees’ right to counsel. Therefore, assuming the information shared with the lawyer was privileged, the company will not be penalized in plea negotiations or sentencing for helping protect the rights of its officers or employees.

Can the Boss Force a Lawyer to Discuss Attorney Client Privileged Information with the Cops?

Can Your Lawyer Discuss Attorney Client Information with the Cops, if You are Fired?

No. “Yet the privilege’s many nuances easily result in loss of the privilege when the attorney does not pay close attention to the details of the communication.” See Link to American Bar Business Law Review of the Attorney Client Privilege below.  Historically, it has been the DOJ’s policy to give credit to a corporation in exchange for its cooperation, but what exactly a corporation must do to earn such credit? According to Deputy Attorney General Mark Filip, the new guidelines reflect the DOJ’s “commitment to two goals: safeguarding the attorney-client privilege and preserving the DOJ’s ability to investigate corporate wrongdoing effectively.”
Important Note: The guidelines do not apply to investigations by other federal agencies such as the Securities and Exchange Commission and the Environmental Protection Agency.

What Happens When the Boss gets a Target Letter?

Your boss gets a letter that begins like this. Dear Target: This letter is to advise you that you are now a target of a Federal Grand Jury investigation in this District involving your activities . . . . you can review a sample target letter here. A letter like this should be taken very seriously.

See also:
DOJ revises how it deals with corporate probes
https://www.floridabar.org/DIVCOM/JN/JNnews01.nsf/Articles/F2C749F6E37025D7852574BE0047B374
Maintaining the Privilege: A Refresher on Important Aspects of the Attorney-Client Privilege
https://www.americanbar.org/publications/blt/2013/10/01_unger.html
27.943164-82.481217
Tampa Criminal Defense Lawyer / Attorney has been researching the Statute of Limitations as applied in Florida Courts. Here is the latest case I found. The court threw out most of the charges when a violation of the time provisions under the Florida Statute of Limitations. The defendants were charged in  a “downpayment assistance” program where it was alleged they tricked various lenders into making loans on residential properties located in Florida. The fraud was supposed to make lenders believe buyers had money for a down payment when they did not. The properties were purchased between February 2006 and October 2007.  The grand theft charges for defrauding a financial institution were based on a false statement in violation of section 655.0322(5), Florida Statutes (2005) in mortgages obtained on the properties. The prosecutor charged the defendants with “one count of aggravated white-collar crime, in violation of section 775.0844, Florida Statutes (2005), a first-degree felony (count one), and eleven counts of defrauding a financial institution.”

We have posted the complete decision here at our Tampa Criminal Defense – Bank Fraud resource.

The defendants argued that some charges were “brought beyond the three-year statute of limitations applicable to second-degree felonies.” The court ruled “[T]hese counts alleged new crimes and are barred by the statute of limitations.”  “The white-collar charge was based on thirteen prior acts of defrauding a financial institution alleged to have been committed from February 1, 2006 through October 31, 2007.  This makes February 1, 2010, the final cut-off date as to all predicate offenses included in the charge.  The third amended information was filed on January 15, 2010, rendering one of the charges timely. The rest of the charges were thrown out.


“The fact that the individual (predicate) offenses would have been untimely if brought as independent charges does not affect the timeliness of the prosecution for aggravated white-collar crime.  This is a continuing offense, based on the commission of numerous predicate acts. Because of the large number of predicate acts required to establish the offense, the Legislature obviously gave the State additional time to include prosecution for offenses which might have otherwise been untimely.  The same result has been reached in the RICO context.  See Cheffer v. Judge, Div. ‘S,’ 15th Judicial Cir.,  614 So. 2d 632, 633 (Fla. 4th DCA 1993) (holding RICO prosecution based on predicate acts of trafficking illegal drugs not barred by statute of limitations, although predicate acts were individually barred by four-year statute of limitations, because RICO prosecution was subject to five-year limitation).  Because count one was filed inside the end date of the statute of limitations, the count was timely, and the trial court erred in quashing this count of the information.” 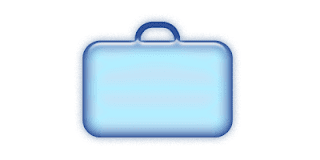 White Collar Sentencing in Federal Court Crackdown noted by Tampa Federal Criminal Defense Attorney, W.F. ”Casey” Ebsary, Jr. – The Eleventh Circuit Court declared a sentence illegal when a white collar defendant was not sent to prison. The trial court has repeatedly placed the defendant on the federal equivalent of probation. The United States Attorney has repeatedly appealed the below guidelines sentence, and the appeals court has repeatedly reversed.
The court concluded “it is difficult to imagine a would-be white-collar criminal being deterred from stealing millions of dollars from his company by the threat of a purely probationary sentence, regardless of how much probation that person received.”

The complete decision is available here:

Opinion of the Appeals Court

Note: This office did not represent any parties in this case.