Dr. Seuss: A Guide by a Tampa Criminal Defense Attorney

“Lawyers cite these classics in official documents with pride”

As a Tampa Criminal Defense Attorney, I can say with certainty that the works of Theodore Geisel, more commonly known under his pseudonym Dr. Seuss, are not a body of literature one would expect to see cited nor mentioned in a court of law. However, as America is often a place where impossible sounding things happen with alarming frequency, it is not as hard as you would think to find a legal precedent for this phenomena. There are appeals courts that have used the Doctor and there is at least one trial court that has used Dr. Seuss as authority for a legal opinion. More about that later.

The US Supreme Court reeled in a few #CopsGoneWild who convinced a Federal Prosecutor to indict and prosecute a fisherman near Tampa, Florida. The court overturned the conviction obtained for destruction of records. Fish are obviously not records. The Supreme Court said, “A fish is, of course, a discrete thing that possesses physical form. See generally Dr. Seuss, One Fish Two Fish Red Fish Blue Fish (1960).” Yates v United States, 574 US ____ (2015) ( Docket No. 13-7451).

Cat In The Hat: Criminal Defendant: Not That Cat

“admitted committing this crime and indicated he did it with a man adorned in a Dr. Seuss ‘Cat in the Hat’ hat”

A criminal defendant dragged these beloved characters into a courtroom “Mr. Howard was charged as a principal in the armed robbery of a convenience store that was committed by two men. At Mr. Howard’s trial, the State presented the testimony of a man who had admitted committing this crime and indicated he did it with a man adorned in a Dr. Seuss ‘Cat in the Hat’ hat, whom he knew as “Bear.” The State had other evidence tending to establish that Mr. Howard was ‘Bear’.” Howard v State 869 So. 2d 725, (2d DCA 2004).

“the elephant, meant what it said and said what it meant” 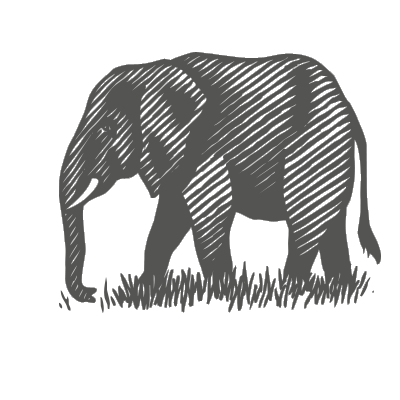 In a collision of litigants in a personal injury suit, the Judge was incensed that someone had missed a court date. With regard to instructions to appear for court proceedings, ” like Dr. Seuss’s Horton the elephant, [the court] meant what it said and said what it meant.” Mourning v Ballast 32 Fla. L. Weekly D 1673 ( 4th DCA 2007 )

Floridians went to war over a boat slip in Palm Beach. The court noted, “the Florida Supreme Court, like Dr. Seuss’s Horton the elephant, meant what it said and said what it meant. . . ” Graham v Yeskel Trust 928 So. 2d 371 (2006). I don’t know what the court meant, but this is about Dr. Seuss in court.

A United States District Court Judge Elizabeth Kovachevich instructed the lawyers in “The words of Horton the Elephant come to mind: “I meant what I said, and I said what I meant. An elephant’s faithful one-hundred percent!” Dr. Seuss, Horton Hatches the Egg.” Campero v ADS Foodservice 916 F. Supp. 2d 1284 ( SD Fla 2012 ).

My Name is Seuss: I am not a Doctor

There was an unfortunate defendant named Seuss who was detained by police who threatened to get a warrant. Seuss v. State, 370 So. 2d 1203 (Fla. 1st DCA 1979) (threats to get a warrant, prolonged detention). Poor Jack Seuss “Seuss entered a plea of nolo contendere to possession of marijuana in excess of 100 pounds . . . .” The opinion continued, “Seuss had been detained for more than an hour; he had refused repeated requests that he open the vehicle and allow the agents to inspect; he was informed that he could not leave until the vehicle was searched . . . .” Seuss walked away from the charges when the court ruled that threats to get a search warrant were baseless. supervisor represented that if Seuss continued to refuse, he could get authority to search anyway. . . . The court found the cops should have gotten the search warrant rather than detain gangapreneur Seuss for over an hour while attempting to obtain his “consent.”

“The Cat Not in the Hat! A Parody by Dr. Juice”

In the 1990’s Dr. Seuss Enterprises became entangled in a case that was rejected by the United States Supreme Court. Penguin Books USA, Inc., et al. v. Dr. Seuss Enterprises, L.P. 521 U.S. 1146 (1997). “The Cat Not in the Hat! A Parody by Dr. Juice, a work poised to supply a “fresh new look” at the O.J. Simpson double-murder trial. Katz’s rhymes, the illustrations provided by Chris Wrinn, and the book’s packaging by the manufacturer defendants *fn1″ (the individual and corporate defendants are referred to collectively hereinafter as “Penguin”) mimic the distinctive style of the family of works created by Theodor S. Geisel, better known as Dr. Seuss.”

“Dr. Seuss has made a strong showing as to its copyright claims”

The court ruled, “Dr. Seuss has made a strong showing as to its copyright claims, and has raised serious questions providing a fair basis for litigation as to its trademark claims. The balance of the hardships tips markedly in its favor. A likely copyright infringement appears on the back cover of Penguin’s work, and instances of possible trademark infringements of the stove pipe hat appear on the front and back covers and throughout the work.”

“I’m king, and you’re only a turtle named Mack.” 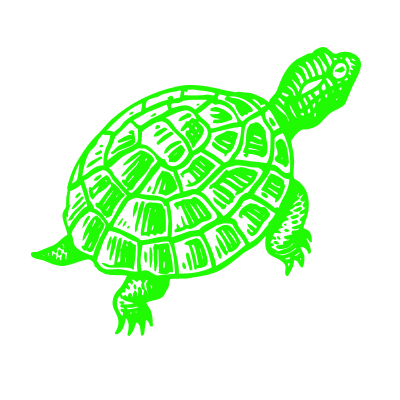 In Texas, Yertle The Turtle made an appearance when a judge scribbled a judge blurted “”Silence,” the King of the Turtles barked back, “I’m king, and you’re only a turtle named Mack.” Seuss (T. Geisel), Yertle The Turtle and Other Stories, Random House (1950). The court continued, “Dr. Seuss’ rhyming narrative about Yertle, The Turtle, concludes: “And the turtles, of course . . . All the turtles are free As turtles and, maybe, all creatures should be.” The court quipped in the context of employees’ first amendment rights. Davis v. Williams, 598 F.2d 916 ( 5th Cir 1979 ).

“conduct did not run afoul (or a fish)”

One legal expert has said, “A fish is still a fish, but it is not a tangible object under 18 U.S.C. Section 519” says legal scholar Solomon Wisenberg. Wisenburg quipped “The Court ruled 5-4 that Yates’ conduct did not run afoul (or a fish) of 1519, because the little fishies were not tangible objects under that particular statute . . . .”  Check out the White Collar Law Blog here.

Stetson Law School Professor Ellen Podgor then joined the conversation, “The recognition by these dissenting justices of the growing problem of overcriminalization in the United States is an important step. In many ways this decision is really a 9-0 decision in that the plurality tossed the fish case out because it did not fit in this sea. ”  See Professor Podgor’s Take on this Federal Criminal Case Here.

The End – My Friend

Perhaps in the future, scholars will revile at our society’s use of books relegated to the status of children’s literature. But I await a future where Tampa Criminal Defense Lawyers cite these classics in official documents with pride.