“promises of non-prosecution / immunity prevented the defendant from making a voluntary, knowing, and intelligent waiver of his Miranda rights” 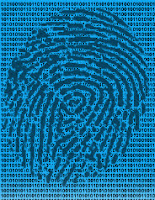 Federal Defense Attorney in Florida got a great tip from our friends at the Federal Defenders in Tampa and Orlando. New case involved a State agent / detective who promised a defendant he would not be prosecuted. Then he told the Feds about the evidence he gathered from the defendant. Federal Prosecutors use the evidence and the Secret Service busts him. The Eleventh Circuit held that a State Policeman’s promises of non-prosecution / immunity prevented the defendant from making a voluntary, knowing, and intelligent waiver of his Miranda rights.

The Court also held that, even if, the defendant had not been in custody at the time of the confession (making Miranda warnings unnecessary) the confession was involuntary under the Due Process Clause. The only interpretation of the State detective’s representations was that the information the defendant provided would not be used against him by state cops, feds, or anyone else. Circumstances of the defendant’s statements were enough to render his confession involuntary.

The Court rejected the Fed’s  argument that the state detective’s promise of non-prosecution did not bind the Feds and the United States Government. The Eleventh Circuit held that an involuntary confession is inadmissible in federal prosecutions even if improperly coerced by state police. See: Murphy v. Waterfront Commission of New York Harbor, 378 U.S. 52 (1964). The Court also required the suppression of the physical evidence seized as the fruit of the coerced confession.