Board Certified Criminal Trial Lawyer at Law Office of W.F. ”Casey” Ebsary, Jr. notes recent developments in Cell Phone Location Data used in Criminal Prosecutions. When the government wants to track an individual’s location through his or her cell phone, it submits an application to a judge seeking an order compelling a company to provide access to location data. Cell phones generate several types of data that can be used to track their users’ past or present locations with various degrees of precision.

Not all Courts agree on tracking. “Courts are divided as to whether the government must show probable cause before it can obtain cell phone location data, as well as on related questions regarding warrantless GPS surveillance.” “[W]ith respect to wiretapping Congress has balanced privacy interests with law enforcement needs by permitting the government to use that technique for only the more serious offenses, see 18 U.S.C. § 2516”

The court found the Feds must disclose certain Cell Phone Tracking Data under the Freedom of Information Act (FOIA). “We affirm that portion of the district court’s decision directing disclosure of docket information from criminal cases in which the government prosecuted individuals after judges granted applications for cell phone location data without determining probable cause, and in which those individuals were ultimately convicted or entered public guilty pleas.” 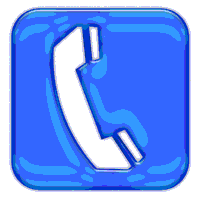 We have posted a complete document on Cell Phone Location Data here as a free download.
One Court has reasoned, “In deciding whether the release of particular information constitutes an “unwarranted” invasion of privacy under Exemption 7(C), we “must balance the public interest in disclosure against the [privacy] interest Congress intended the Exemption to protect.” U.S. Dep’t of Justice v. Reporters Comm. for Freedom of the Press, 489 U.S. 749, 776 (1989); see Favish, 541 U.S. at 171; Ray, 502 U.S. at 175 (quoting Rose, 425 U.S. at 372).”
Even law enforcement agrees, “that disclosure of records revealing that an individual was involved or mentioned in a law enforcement investigation implicates a significant privacy interest.” The Government has expressed concerns that defense attorney(s) may investigate usage of Cell Phone tracking Data by contacting “convicted ‘defendants and/or their counsel to determine whether [the] defendants ever learned that they were the targets of warrantless cell phone tracking.'”

Criminal Defense Attorneys argue that Cell Phone Tracking data records kept by the United States Department of Justice (DOJ) “would also provide information regarding how often prosecutions against people who have been tracked are successful, thus shedding some light on the efficacy of the technique and whether pursuing it is worthwhile in light of the privacy implications. Information from suppression hearings in these cases could provide further insight regarding the efficacy of the technique by revealing whether courts suppress its fruits, and would disclose the standard or standards the government uses to justify warrantless tracking. Information from suppression hearings would also provide facts regarding the duration of tracking and the quality of tracking data, facts that would inform the public discussion concerning the intrusiveness of this investigative tool.”
A Federal Court of Appeals has just ruled: “In sum, because disclosure of the information considered in this Part would “shed[] light on [the government’s] performance of its statutory duties,” it “falls squarely within [FOIA’s] statutory purpose.” Reporters Comm., 489 U.S. at 773. And in light of the strength of the public interest in disclosure and the relative weakness of the privacy interests at stake, we conclude that production of the requested information will not constitute an “unwarranted” invasion of personal privacy under Exemption 7(C).”
The court found the Feds must disclose certain Cell Phone Tracking Data under the Freedom of Information Act (FOIA). “We affirm that portion of the district court’s decision directing disclosure of docket information from criminal cases in which the government prosecuted individuals after judges granted applications for cell phone location data withoutdetermining probable cause, and in which those individuals were ultimately convicted or entered public guilty pleas.”
Source: ACLU v USDOJ Docket No. 10-5159 (DC Cir Sept 6, 2011).

They were compassionate, diligent in their work, and did their homework on my case.

Review From Out-of-State Arrest Warrant Client Had I not found Casey and his team, I would have been extradited from Tennessee to Florida on a 25 year old warrant. Casey and his team got my charges dropped and the warrant cancelled. They were compassionate, diligent in their work, and did their homework on my case….