Under Florida DUI Laws, Can the Court eliminate a DUI suspension imposed by the Bureau of Administrative Reviews – The Florida Department of Highway Safety and Motor Vehicles – DHSMV? 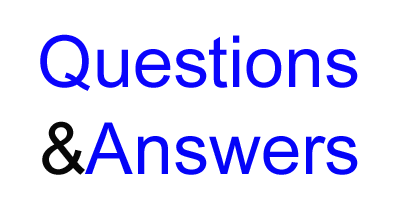 Under Florida DUI laws / traffic laws sections 316.656 and 322.2615 trial judges in county or circuit courts cannot alter the administrative suspension and / or revocation periods. On an equally important note, courts are prohibited from withholding adjudication in DUI cases; or from reducing a DUI charge if the defendant’s blood alcohol was over .20 . The only way to have an impact on the ability to drive after a DUI traffic stop, an arrest for DUI, a refusal to submit to a chemical test, or a breath result above .08 is to immediately take advantage of the procedures available via the Department of Highway Safety and Motor Vehicles (DHSMV) Bureau of Administrative Reviews (BAR).

Why should I hire a DUI Lawyer?

When stopped and arrested for DUI you may need to set a court hearing. Sometimes the hearing dates are set automatically. One reason to hire a competent DUI attorney is to find out the benefits that may be gained by investigating possible defenses, the risks of conviction, and what sentence may be imposed. Sometimes prosecutors make specific offers, but it is tough for defendants to reach out and personally discuss the case without making statements that the State can use against the driver.

What would be the advantage of hiring a Criminal Defense Attorney?

Sometimes drivers consider contacting the Office of the State Attorney or the Prosecutor in their own DUI case. The defense attorney can help with the initial administrative license suspension that will occur, if not challenged, within 10 days of the traffic stop and arrest. The lawyer may be able to help get a driving permit for work or business purposes. This short time period (less than two-weeks) will come and go long before the police, the clerk of courts, the Judge and prosecuting authorities ever even open a case file and set a court date. That is why many people hire private lawyers to find out if an arrest was improper. If the right questions are asked during the defense attorney’s investigation, the lawyer may be able to get the case dismissed. A lawyer may be able to get a better plea arrangement, keep you on the road, and out of jail.

What is the Legal Limit under Florida DUI Law?

Since an arrest for DUI can be made if an officer thinks a driver’s normal faculties are impaired, there is no legal limit. In Florida, a person can be arrested and convicted of DUI after consuming any amount of alcohol, even if the results are below a .08. Sometimes drivers are arrested and submit to other chemical tests and the results will not be available for weeks after the arrest. 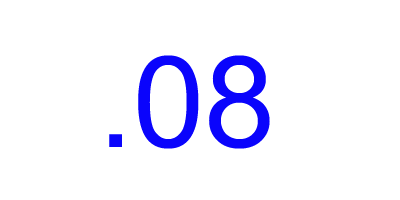 What does .08 mean under Florida DUI Laws?

Frequently a .08 is referred to as the legal limit. In Florida this is not entirely accurate. Under Florida Law, .08 BAC is a presumptive level for impairment. In other words, if you reach a .08 BAC, you are automatically considered impaired and a jury will be told to presume you are impaired if all procedures have been followed using an accurate breath testing machine. The instructions given to jurors can be found here.

What if a Florida Driver is below .08 BAC?

A driver can still be convicted of DUI even if under .08 BAC. This seems unusual and it is. In Florida, if a Prosecutor can convince a Judge and Jury that driving ability was impaired, a conviction and virtually permanent entry on a driver ‘s record will follow.By the way, drivers are already under arrest before even given a breath test in Florida.

Under the DUI Laws in this state, and based upon the Florida Statutes sections 316.656 and 322.2615 a conviction or plea agreement to a driving under the influence charge results in an adjudication which is the legal term for conviction. Upon the closing of a DUI case as charged (without a reduced charge of reckless driving) drivers become convicted criminals and an entry is made on the official driver’s license record. The law states, “no court may suspend, defer, or withhold adjudication of guilt or imposition of sentence for any violation of s. 316.193 . . . .”